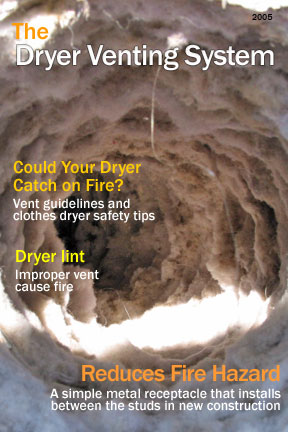 The lint build up is the most common cause of a dryer fire. Many homeowners clean the inside lint trap in their dryer, but most don't stop to think about cleaning the lint in the exhaust duct. That's where fires start.

Consumer Reports says flexible ducts made of foil, or plastic, pose the most serious problems. They can sag, letting lint build up at a low point. And ridges can also trap lint.

Far safer are metal ducts, either flexible or solid. They don't sag, so lint is less likely to build up. And if a fire does start, a metal duct is more likely to contain it. Using metal dryer ducts can help prevent from happening to your home.

Check out these related links: